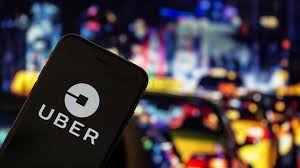 The ride-hailing company Uber reportedly retracted the health insurance offer claiming a ‘mistake’ Two weeks later.
As reported by The Verge, Uber sent workers an email that said the company would pay for their healthcare. The email advises that you should apply for health insurance this month if you don’t have it now.

Uber retracted its offer on Wednesday, saying it was only intended for California drivers.

Twitter user Ed Burmila shared the new email with his followers. In an interview with Gizmodo, Burmila said he drove for Uber part-time.

It’s a great time to get health insurance,” the Wednesday email said in reference to two emails sent on May 26th. We sent you this email in error, as it pertains only to California drivers and delivery people.
On the Uber drivers’ Reddit group, another Uber driver shared the same email. The message was received by others as well.

If drivers had taken out insurance between receiving the first and second emails, the company promised to reimburse them for the first month’s premium.
As independent contractors, Uber drivers are not required to have health insurance coverage sponsored by the company. A 2020 law would have required Uber and other companies in the “gig economy” to treat drivers as employees, but Uber and other companies opposed the law. A law allowing drivers to operate as contractors was passed by Prop. 22, in which Uber had a hand in writing and helped pass. These included gig-work companies paying into a common fund to help subsidize workers’ healthcare.

A data breach has hit McDonald’s