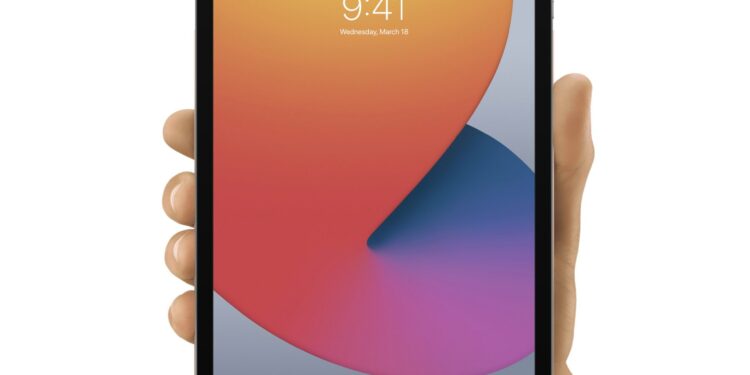 Apple is developing a thin student-centric entry-level iPad. The new iPad Pro with a small LED panel and powerful M1-processor was recently announced by Apple. The iPad’s design aesthetic, on the other hand, remained consistent. The current design was introduced in 2018, and only minor changes have been made since then. Nonetheless, according to a new report, Apple is working on a wireless charging back glass for the iPad Pro. Additionally, as per report Apple is developing a slimmer version of its entry-level iPad aimed at students. This product is expected to launch as early as the end of this year, roughly concurrent with the launch of the new iPad mini.

According to people familiar with the matter, the Cupertino, California-based company plans to release the new iPad Pro in 2022 and the iPad mini later this year along with entry-level iPad for students.

What design changes to expect from iPad9?

As opposed to the current generation iPad, the iPad 9 will feature a thinner design. As has been previously noted, today’s Bloomberg article details plans from Apple to deliver a fourth-generation iPad Pro model, a new low-profile iPad mini 6 model, and an iPad 9 tablet. According to the rumour, the new entry-level iPad is likely to be called the iPad 9, but as Apple designs products to suit different market segments, the company will probably upgrade the iPad 8, which caters to students.

The report claims that the upcoming iPad 9 will have a slimmer design. We are not sure how slim the iPad will be and whether there will be any compromises to the battery life. Additionally, the entry-level iPad’s characteristics were not sufficiently revealed, but we believe the business will increase the processor. A further information on availability claims that the product will be available before the end of the year.

The move to a glass back for the next Pro model is being investigated in part to enable wireless charging for the first time. The material change would bring iPads more in line with iPhones, which have been migrating from aluminium to glass backs in recent years thanks to Apple. According to the insiders who asked anonymity to discuss internal matters, Apple’s development work on the new iPad Pro is still in its early phases, and the company’s plans may change or be cancelled before the device’s launch next year.

Wireless charging replaces the requirement for a power cable with an inductive pad, making it simpler for consumers to recharge their device’s battery. Apple first debuted wireless charging for iPhones in 2017, and last year upgraded it with a magnet-based MagSafe system that guaranteed better charging speeds.

As indicated in the article, the release date for the new iPad mini 6 is in the period of time specified. It will target students, who will get it for a student-friendly price. The current version iPad 8 can be purchased for $329, which includes 32GB of storage. It may be available in the same size of display.

Is it possible to participate in two Zoom calls concurrently?

Is it possible to participate in two Zoom calls concurrently?